At Cats Limited, we see a wide variety of cases, including cats who have been hurt, abandoned and even mistreated and have no one to care for them. To help these cats, we’ve teamed up with a special organization and now you can join the cause!

The Name Behind the Fund

Here’s Sherwin’s Story: Sherwin is a cute black and white kitty who was abandoned and discovered injured and unable to walk behind a Sherwin Williams store by a very kind passer-by. It was believed a car hit Sherwin, causing his injuries. That same Good Samaritan brought him to Cats Limited for care where, after an extensive workup, it was determined he was severely malnourished and debilitated. Within two weeks of receiving close nursing care and good nutrition, Sherwin began to regain his strength and ability to walk. He was adopted and now lives with his new family. The care he received was given as a gift to Sherwin by the Cats Limited team.

Unfortunately, we see far too many cases like Sherwin’s. For this reason, we’ve teamed up with Our Companions to create the Sherwin Fund. It’s a non-profit fund functioning solely on the generous donations from people like you wanting to help homeless cats in need.

Your tax-deductible donation will help support and care for cats just like Sherwin. Donations can be made in our office or on the “Our Companions” website at www.ourcompanions.org. There are many ways to donate!

CLICK HERE to donate online now. Be sure to reference “The Sherwin Fund” when donating.

If you prefer not to donate on-line, monetary donations can also be made at Cats Limited Veterinary Hospital. (Please make your check payable to “Our Companions” and make sure to reference “The Sherwin Fund” in the memo section of the check).

Thank you in advance your donation, from the Cats Limited team.

Motor came to us in the Spring of 2018. He needed some medical attention and a little time to get healthy again. He got stronger and recovered nicely and recently went to his new forever home. With the help of The Sherwin Fund and our staff here at Cats Limited Veterinary Hospital, he was given a chance for a better life. Pictured is Motor in his new, pur-fect home! 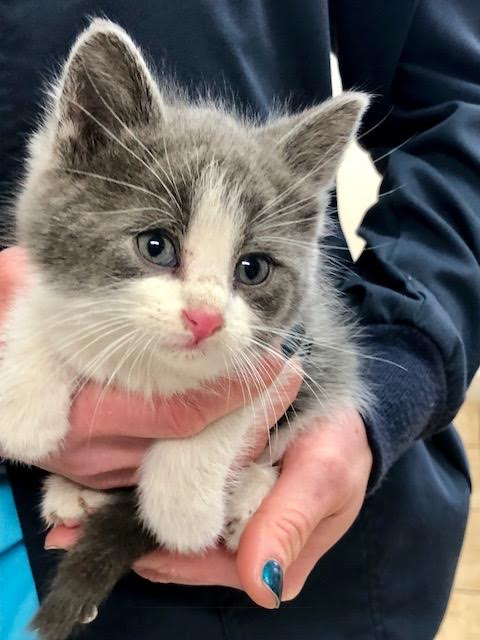 In May of 2018, this little guy was heard crying from underneath a car. As it turns out, he was stuck in the wheel well and couldn’t get out on his own. After a brave rescue, he was examined and vaccinated and was found to be a very healthy (and lucky) kitty. Falkan went to his new home and is now living the life.

In November, 2017, Pretzel and Popcorn were found on a street in Hartford. With the help of The Sherwin Fund, they were cared for so that we could find them their new forever home. Now they are two very happy little kitties in a wonderful home where they are loved very much. 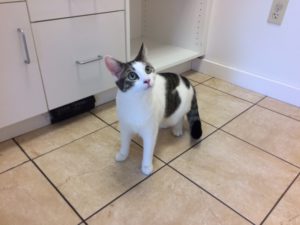 Fred came to us in the summer of 2016 as a kitten who needed a forever home. He was quickly adopted into a wonderful home where he is loved very much. This is a picture of Fred at 1 year old. he is a very happy, handsome big boy now. 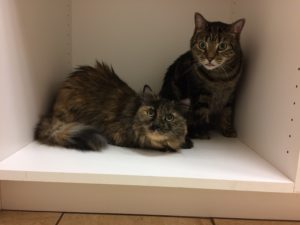 A memorable phone call over 8 yrs ago from Cats Limited inviting me to meet and give a loving home to brother and sister kittens Ruby and Romeo (for me a magical love at first sight!) has proved immensely rewarding. Being indoor companions, R & R are ‘healthy and happy’ and routinely receive the very best veterinarian care (and stress free boarding at times) from Cats Limited. They are my love and irresistible treasure every day. Thanks always to Cats Limited entire staff ! 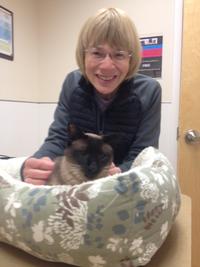 Olivia
Olivia was part of our Sherwin Fund program. She was not spayed and had many teeth that needed to be extracted. She lived with us for a bit as she was healing from her surgery. She was a little timid at first, but discovered that she loved to have her belly rubbed and loved the attention of those around her. Once she was all healed up, she went to live with her new owners who love her very much. We miss her around here, but are so happy she found such a loving and caring forever home! 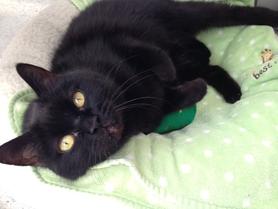 Noir
Noir’s long time owner passed away and he stayed with us at Cats Limited for a while before he found his forever home. Our doctors took good care of him. He had top notch dental care while he was here and he got lots of love from the staff. He loved hanging out in the Doctor’s office. He was helped by the Sherwin Fund until he found his new, loving forever home. 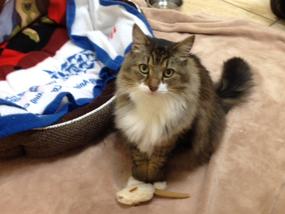 Baxter
Baxter’s long time owner passed away and he was living at another veterinary hospital for several months before he found his forever home through Cats Limited. He was with us very briefly before he was adopted into a very loving family. He is thriving now and is one lucky boy to have been brought into his new home.

Addie
Addie came to us in August, 2012. She had been found under a car in West Hartford. A Good Samaritan tried to nurse her, but knew that she needed medical care. She contacted us through the Sherwin Fund. When we first examined her, we determined that she had at least two broken legs, but was otherwise healthy. Thorough x-rays showed major fractures in both hind legs and one front leg. The other front leg had a fracture in a minor bone that would heal on its own. Through the generous help of Dr Lindgren and Connecticut Veterinary Center, we were able to have her fractures repaired. Two surgeries later, Addie was on the road to recovery.

Just like any other patient recovering from orthopedic surgery, Addie had daily physical therapy during the first few weeks after surgery. We gradually increased her activity and within 4 weeks she was running around her cage, chasing toy balls and playing.

Addie has been lucky to have so many people looking out for her and helping her recover from her life-threatening injuries. We were thrilled when she was adopted in November. She has settled into her home and is running and playing like a “regular” kitten. What a special girl she is! 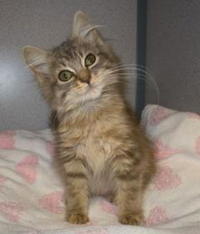 Katie
At first mistaken for a squirrel, Katie was a barely noticeable bump in the middle of the road when she was rescued. Weighing just over one pound, matted, dirty and covered with fleas, infected with ear mites and intestinal worms, she had almost given up. Luckily, a good Samaritan scooped her up and rescued her. She was brought to Cats Limited and rescued by Sherwin’s Fund. Once we treated the fleas, mites and worms and bathed her, she started purring and eating happily.

Katie has thrived and is now a beautiful and sweet kitten. In a short time, she found her forever home. Every day is a new adventure filled with love and fun!

Katniss
Katniss was rescued by one of our technicians. Heavily pregnant and very weak, she was lying on the side of the road. At first we thought she might be sick or injured, but she was simply weak from hunger and neglect. Once in safe hands, Katniss quickly took to being spoiled. She spent the next two weeks getting stronger, putting on weight and growing her kittens.

On Saturday, May 5 she gave birth to 6 healthy girls (Snow White, Cinderella, Jasmine, Ariel, Aurora and Belle). Katniss was a wonderful Mom and patiently raised her girls until they were old enough to go out on their own. All six were adopted out to loving families. After Katniss was spayed, she found her new home. She continues to enjoy being spoiled.

Jacob
Jacob came to us as a mature cat. At ten years of age, his owner moved to an assisted living facility that did not allow pets. He turned to the Sherwin Fund for assistance. Older cats are especially challenging to adopt out, but Dr. Lafer instantly recognized a special soul in Jacob and readily took him in. As part of the care that the Sherwin fund provides, Jacob had a thorough health screen. He was diagnosed with an over active thyroid gland and dental disease. After stabilizing the thyroid gland with daily medication, his dental disease was treated.

Jacob was now healthy and fit and ready for his new life. Playing match-maker, the Doctors at Cats Limited introduced him to a retired couple. It was love at first sight and Jacob and his two new Dads became a family. Jacob continues to bring joy to his new family every day.

We will do our best to accommodate your busy schedule. Request an appointment today!